Why The Scale Fluctuates 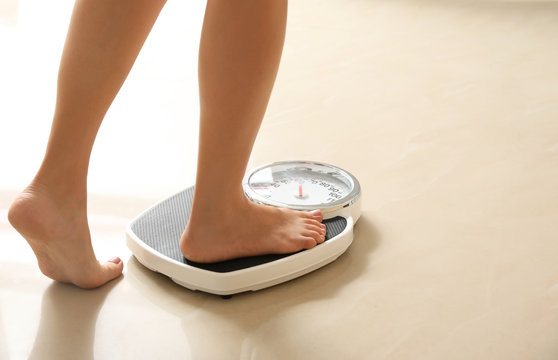 You wake up in the morning, and step on the scale.

Before you step on, you do a little wish, prayer and a fart, to get that extra air out.

Close your eyes and let the scale gods work their magic.

That’s gotta be a misread right?

The scale was just on an uneven part of the floor, right?

Now you’re running to grab the sledgehammer out of the basement. 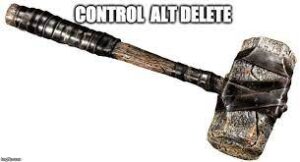 Well hold on, don’t smash that scale just yet.

Because I’m here to tell you that you did not gain 2 pounds of fat overnight.

I’m going to tell how how difficult it actually is to gain 2 pounds of fat in a day.

I’m going to tell you all the reasons the scale might fluctuate.

And I’m going to tell you what you should and should not do, when you see that number on the scale go up.

Did I Actually Gain 2 Pounds Overnight?

Gaining 2 pounds of body fat in a day required eating 7,000 calories over the amount of calories your body expends.

Which is the equivalent of 12 and a half Big Macs

So unless you actually did have to pull off to the side of the drive thru while McDonalds Joe made a world record number of Big Macs in a minute for you, then you didn’t gain 2 pounds of fat overnight.

Yet the fact remains, the scale is up two pounds.

Why The Scale Fluctuates Up

I want to be very clear by starting this section off with saying just because the scale might go up with more carbs, that does not mean carbs or bad and contribute to fat gain.

Carbs do not contribute to fat gain.

As I mentioned above, fat gain comes from more calories than your body expends.

But, when you have a few extra carbs the night before, you may see an increase on the scale in the morning.

This is because when you eat carbs, your body breaks them down into glycogen, which just so happens to be the main source of energy for the cells in your body.

When you eat carbs, your body stores glycogen in various places in your body.

For every 1 gram of carbs you eat, your body has to store 3-4 grams of water to store the glycogen in its secret lair known as your muscles and liver (and throughout your body).

So having extra carbs in your system is going to add water weight to your weigh in pretty quickly.

But your goal isn’t to lose water weight is it?

Reason 2: You Need To Poo

I know what you’re doing.

You’re reading this article while you’re on the toilet right now, aren’t you, you dirty dog?

Well great, if you just weighed yourself, wipe, flush, and go weigh yourself again.

Because when you step on the scale before going to the bathroom, you’re not only weighing yourself, you’re also weighing all the sacrifices you’re about to make to the Porcelain Gods.

If you want a more accurate measure of weight, go drop those off first.

You can hold 1-3 pounds, or even more (depending on how bad you gotta go) of poop weight.

If you weigh yourself one day without any of the poop weight, and then the next without… of course the scale fluctuates.

By the way, I made this “Reason 2” on purpose.  I never turn down a poop joke. 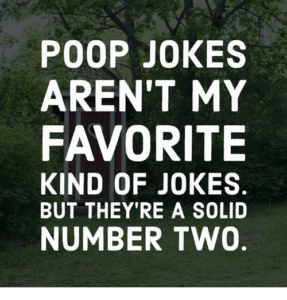 Is sodium bad for you?

This is because your body tries to maintain a salt/water concentration that is similar to sea water.

And when you have more sodium, your body needs to hold on to more water to retain the appropriate concentration to have your body feeling and performing at its best.

For every 0.4 grams of sodium, you retain roughly 2 pounds of water.

Drinking excess water helps to flush this out of your system to retain the appropriate concentration.

But the important thing to remember is it’s just extra water in your body.

Resume normal functions, and the water leaves your body.

One more time for the people in the back.

The only thing that makes you gain body fat is more calories than your body expends.

Stress doesn’t make you gain body fat on its own.

However, stress can contribute to fat gain through the decisions made while under stress.

If you constantly find yourself stress eating, and consistently overeating calories, then yes, you will put on body fat.

It’s easy for me to say, just be less stressed.  But that’s not how the world works.

Now that that’s out of the way, let’s assume that’s not the case.  Let’s assume, you’re under stress (aren’t we all), but you’re managing your stress and it’s not affecting your fat loss related decisions.

Yet the scale is still up, what gives?

Cortisol is your body’s stress hormone.

When your boss texts you at 5:30 AM saying “emergency”, that’s going to to cause your cortisol levels to spike.

And when your cortisol levels spike, your body holds more water.

It can also lead to increased appetite, which goes back to point one of this paragraph.

In short here, higher stress = higher water retention.  And as we’ve learned from here, water has weight to it.

Reason 5: Time of the month

This one’s for the ladies only.

So if you’re a dude, you can either skip this section, or you can read on, because just because it doesn’t affect you directly doesn’t mean it’s not important.

Now if you’re a lady, you’ve probably experienced some bloating during menstruation.

There’s a common theme around bloating, throughout this article.  And that is that it is just water weight.

Here’s the good news, this cycle has an end.

Like I tell my online coaching clients, even though the scale may go up, as long as you just stay on track, that number will go back down.

What NOT To Do When The Scale Fluctuates Upwards

So we’ve learned that when the scale fluctuates up, it’s generally cause by increased water retention.

You now know that you didn’t gain 2 pound of fat overnight, unless you went berserk at the McDonald’s drive thru.

Here are some things you should avoid doing when the scale goes up.

It’s okay, you now have the awareness to know that you didn’t undo all your progress in a night.

Think of it this way.

It takes just as much time to undo the progress as it took to make it. 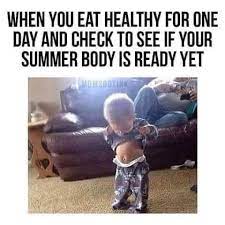 So the scale is up, and now you think to yourself, “okay, I’ll just eat a little less today to make up for it.”

This is going to cause a classic restrict-binge cycle. 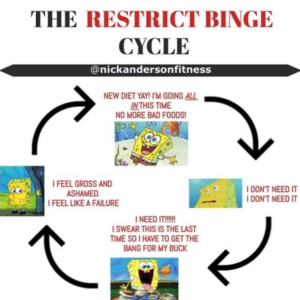 By restricting calories today, this will cause your hunger hormones to fire up tomorrow.

Causing you to be excessively hungry the following day, and then you end up raiding your pantry like an escaped war criminal.

You don’t need to burn more calories from the extra weight.

And it’s totally okay to hold on to a little extra water.

You don’t need to sweat it out just to see the number on the scale go down.

Because the great thing about water weight is, it goes away just as quickly as it comes on.

What To Do When The Scale Fluctuates Upwards

What exactly should you do when the scale fluctuates?

The dirty, unsexy truth is that you should just keep carrying on.

Don’t make any changes just because you see the number on the scale go up.

The scale is just a piece of data to show you how much your body weighs on a given day.

That weight includes not only your body fat, but your muscle mass, skeletal system, organs, and water.

The scale number is not an indicator of health, or self-worth.

So just keep carrying on as is, because this is a long-term journey.

And letting one weigh in dictate what you do on the day to day makes no sense.

Because it’s your consistent actions over time that provide long term success.