Is It Okay To Drink Diet Soda For Weight Loss?

Is it okay to drink diet soda for weight loss?

Diet soda has zero calories, and since the only way to gain body fat is to eat more calories than your body needs, which your body then stores as fat.

But even with diet soda being zero calories, there can be a lot of hype out around whether diet soda is safe to drink, and whether or not the added chemicals can cause weight gain.

In this article, we are going to deep dive what the research says, both in favor of, and against diet soda contributing to weight gain.

Then we will reach a conclusion at the end, and you can learn once and for all whether or not diet soda is okay to drink.

So put your reading glasses on, your thinking cap, and also, a pair of really cozy socks.  Because you should be comfortable.

Let’s get into it.

What Is Diet Soda Made Of?

Before we dive into whether the chemicals of diet soda can be harmful or helpful, let’s first understand what is in diet soda.

The thing that scares people about diet soda, is the artificial sweeteners.

Most diet sodas, the popular brands, Coke/Pepsi, contain the artificial sweetener aspartame (which is also known as NutriSweet or Equal).

It’s about 200 times sweeter than regular sugar, and was approved by the FDA in 1981 for use in dry foods, then approved as a general sweetener in 1996.

Like most artificial sweeteners, it was discovered by accident.  Just like when I “accidentally” threw a Nintendo 64 controller at my brother’s head during a spirited game of Mario Kart.

So why does aspartame get a bad rap?

Let’s get into some of the claims around aspartame and diet soda in general, and break down what they mean, and if they are accurate.

Does Aspartame Cause Cancer?

There are several studies done that link aspartame to cancer.

Here’s one study on it.  Which shows a strong link between cancer risk in multiple organs when consuming even low doses of aspartame.

However, this study is performed on rats.

And you’re not a rat. 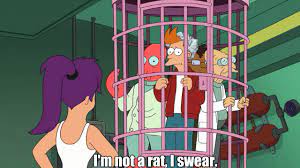 Your body is very different to that of a rat.

So let’s look on some of the research done on actual humans.

Here’s a study that observed 473,984 participants, and surveyed them on their use of aspartame.

.004% of the participants were found to have cancerous symptoms, after a period of 5 years, and this study did not find a link between aspartame and cancer.

As well as this article which finds no link between aspartame and cancer, among the vast amount of medical research done across of PubMed.

So no, as long as you are not a rat, part rat, or occasionally work night shifts as a rat, you are not at risk for cancer from drinking diet soda.

I made a post about how all foods are okay to eat, and the comment I got was such this.

“Ummm… not exactly that simple.  The thing that breaks this rule is Diet Coke… It has zero calories… But study after study shows it actually makes you gain weight due to the chemicals they put in it.”

If you’ve been coming to my page for a while, you know that weight loss occurs when your body takes in less calories than your body burns. 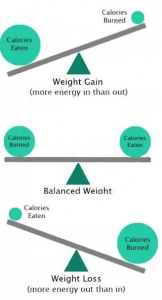 This happens to coincide with the first law of thermodynamics, which summarizes that energy cannot be created or destroyed.

And since a calorie is a unit of measurement for energy, you simply cannot store energy from something with no energy in it.

The studies supporting weight gain from drinking diet soda, are mostly on rats.

Which we’ve already identified as problematic, so I won’t bother linking them.

Here’s a study where 154 participants were randomly assigned to consume different types and dosages of no-calorie sweeteners, including aspartame every day for 12 weeks, and controlled daily calorie intake

And this study found that those who consumed aspartame daily for 12 weeks ended up losing weight.

Here’s a meta-analysis which analyzes the results of several randomized controlled trials on humans and artificial sweetener intake.

The argument here is that your body thinks the aspartame is real sugar, and so your body releases insulin in response.

This study tested 12 non-diabetes subjects, and 10 non-insulin dependent diabetic patients, handed them a Diet Coke, and a friendly smile, then measured their insulin levels.

Okay maybe that’s not exactly how it happened, but the important thing is what they found.

No meaningful effect on their insulin levels.

In fact, after scouring PubMed for hours, I couldn’t find a single well done study that linked aspartame to insulin release.

If you found one, let me know.

Even the studies on the rats didn’t invoke an insulin response.

Research aside, let’s think about it.

Insulin is released to lower your blood sugar levels.

So if your body releases insulin to lower blood sugar levels, even though your blood sugar hasn’t been raised.

This would make your blood sugar level lower than normal.  Which is otherwise known as hypoglycemia.

If you’re having a hypoglycemic response to diet soda, that is a medical emergency, and very abnormal.

Are There Benefits Of Diet Soda?

My favorite claim against diet soda is that it has no nutritional value whatsoever.

But neither does water.

Here’s the deal.  Aspartame is refered to as a non-nutritive sweeter.  So we know just by its definition, that it does not have any nutrients.

Something having no nutritional value just means that it has no nutrients in it, it doesn’t make something bad.

Water doesn’t have nutrients in it, but your body needs it to survive.

Of course, I’m not saying that your body needs diet soda to survive.

But I’m not saying it’s bad either.  It’s like adding food coloring to food.  There’s nothing nutritious about it, it’s just there.  Doing no harm.

However, that doesn’t mean it’s completely devoid of health benefits.

For one, it’s first ingredient is water.  So by drinking diet soda, you’re getting hydration benefits.  I mean, you should probably be drinking real water too, but this helps.

Secondly, you are getting some satisfaction out of drinking it.  If it’s something you’re enjoying, and it’s not doing any harm, that is a benefit.

Wrapping It All Up

So we’ve learned that diet soda isn’t bad for you.

And even has a few benefits from it.

Bottom line is this:  If you enjoy drinking diet soda, then it is absolutely okay to drink.

And it might even make things a little easier for you.